I was going to write some of my thoughts on Strong Female Characters (SFC), and how the term has become not only overused, but also a little disingenuous. However, the always on point Vivian Kane (@viv_kane) (with her awesome super hero alter ego style name) (https://www.themarysue.com/strong-female-characters-over-it/) said everything I would, just much, much better.

For me, a strong female character is one that is strongly written, and that takes a lead in the narrative. She is not dependent upon another character’s (male or otherwise) actions or inactions, and, main character or not, drives the plot in her own way and is self sufficient (whether she likes it or not). Many times this also results in the character being physically capable and possessing a great deal of survivability in dangerous situations.

I feel like, more often than not, it’s regularly the latter part of that equation that gets pushed to the forefront. In these characters, many times there is a depth missing to them, as if physical strength and confidence are enough. I would say they are never enough, regardless of what gender the character might be.

One great point (among many) that Kane makes:

This kind of “strong female character” is not strong and a woman. We are meant to celebrate her because she manages to be strong despite being a woman. She is meant to be an outlier, masculine in every way but her inevitable hotness.

A little harsh, but I think true. A lot of characters that get labeled SFC, get it because there is an element to the character that seems self aware that the character is doing things not stereotypically associated with being female. As much as these characters pretend to shrug off the “male gaze”, they’re actually just another version of it. Physically strong perhaps…but not well written.

One of my favorite female characters is Eden Pedecaris from the 1975 movie THE WIND AND THE LION. It’s perhaps ironic, given that she was written by John Milius, a self-admitted chauvinist and general man’s man, yet she is a truly startling and compelling creation. 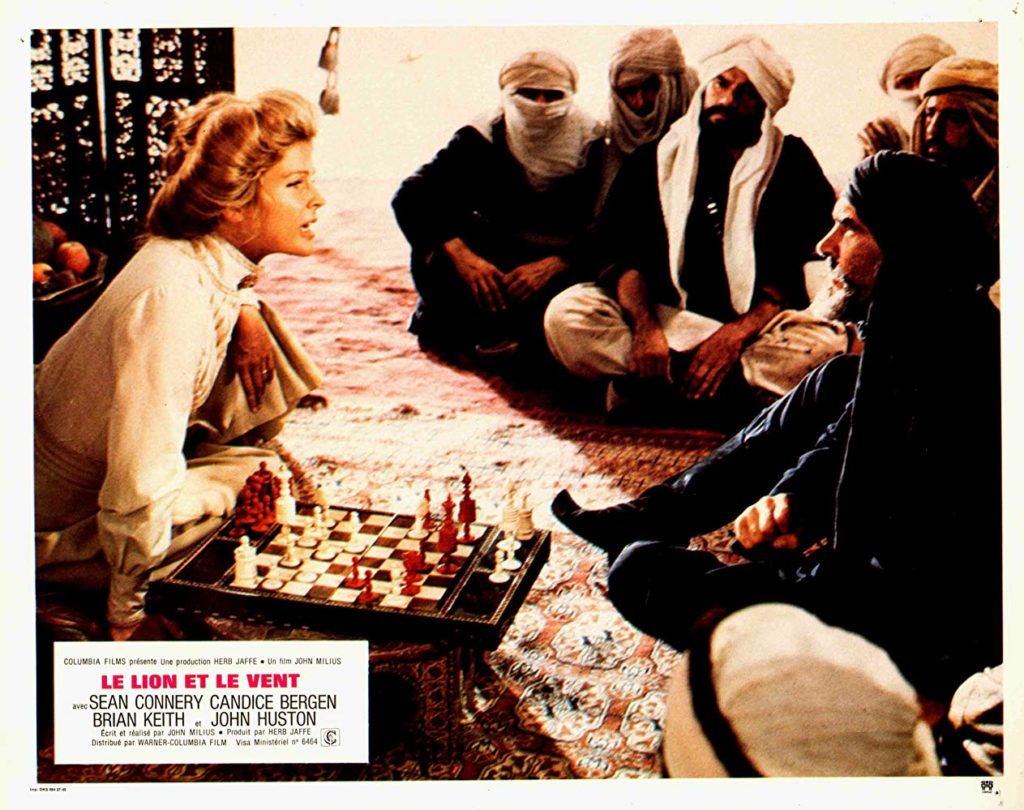 In the movie, Eden and her two children are kidnapped by a Sharif and the last of the Berber Pirates (Sean Connery, in an atypical yet awesome role), and used as a bargaining chip in the man’s attempt to coerce the United States at the beginning of the 20thCentury.

Eden comes from wealth, is a woman of society, and yet manages to not only survive within the harsh world of the desert pirates, but hold her own both intellectually and physically against a man who has risen to the top of a warlord society. She drives the narrative more than anyone else; by escaping, countering the Sharif’s stereotypically masculine views, outsmarting her captors, and fiercely protecting her children. The relationship she develops with the Sharif is full of depth and emotion, yet never becomes sexual or even romantic. It’s more complex than that, like her character.

If you haven’t seen it, give it a shot.

The point is, Eden is granted emotions and views that shift throughout the course of the movie in unique ways, and she drives the narrative, which also just happens to require her to be strong and capable. She is a fully developed character.

The truth, I think, is that this type of character is becoming less and less prominent anyway, simply by virtue of the reality, that women are doing everything men do. We have front line female troops. Fighter pilots. Athletes in every sport. In Texas, where I’m from, we not only have the first female Texas Ranger (the famous law enforcement body, not baseball team), but the first African American one as well…which is pretty kick ass.

Of course, that still requires writers to craft genuinely compelling characters. What are some of your favorite strongly written female ones?

Thanks to Vivian Kane’s awesome analysis; definitely read it using the link above if you’re interested in this subject. She delves into it far better than I could.